A new system for the automation of port vehicles

The Centre for Industrial Equipment Design (CDEI UPC), in collaboration with the company MECANITZATS PRIVAT S.L., has developed a positive pressure mechanical ventilator to automate AMBU bag manual ventilators, as a contribution in the state of health emergency caused by COVID-19. 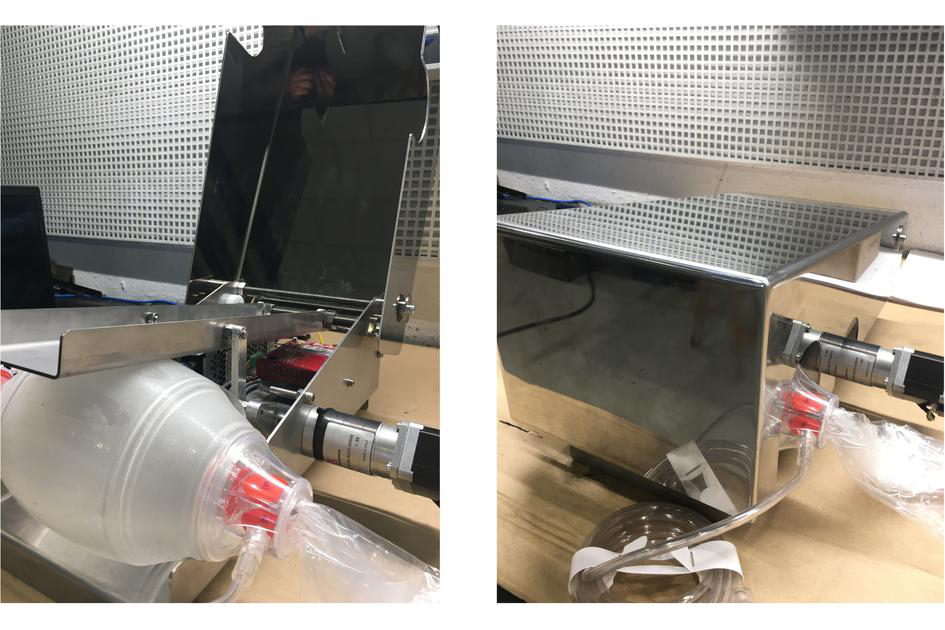 The system that has been developed can regulate the frequency of respiration (between 15 and 20 rpm) and the amount of air the patient receives.

The aim of the project was to maintain the manufacturability and the low cost of tested devices, and to incorporate intuitive controls as well as various sensors of flow rate, pressure and volume to monitor the correct operation of the machine and the evolution of the patient in real time.

The design was developed in stainless steel with machined parts as an alternative to printed 3D systems to provide an alternative service. The designs have been created following all the guidelines of the Spanish Agency of Medicines and Medical Products (AEMPS) and current European regulations. In addition, the Catalan Institute of Health (ICS) provided support and instructions. Currently, the first prototype of the Emergency Automator for Manual Resuscitators (AER-0) are in the stage of clinical validation.

At the same time, two other versions are being worked on. In the first, AER-1, the design is being adapted to production in Ecuador, considering the characteristics of production in the country. The adaptation is part of a collaboration project between the UPC and the Indo-American Technological University of Ecuador. In the second, based on the experience gained in the process of testing the first prototype, a new version, AER-2, is being developed with an improved interface between health workers and the machine, long-term reliability, and the adaptation of certain components to the availability of suppliers.

The AER-0 project coordinated by the CDEI-UPC and MECANITZATS PRIVAT S.L. has been recognised by the Industria 4.0 Forum with the Industria 4.0 award. Other participants in the project were Tecnicum, Metallogic, Oxiter and the Hospital Trueta, Girona.