Internet of Food & Farm: The Internet of Things applied to agriculture and livestock farming

The UPC Department of Civil and Environmental Engineering is leading one of the ‘workpackages’ of the European project ASHVIN (Assistants for Healthy, Safe, and Productive Virtual Design, Operation & Maintenance using a Digital Twin), an initiative whose objective is to use digital twins technology to make the European construction industry more efficient, more reliable and safer.

Digital twins are virtual copies of objects or processes that simulate the behaviour of their real counterparts in real-time. This innovative technology has diverse benefits, as it can be used to reproduce, experiment with and predict situations in a safe environment to improve efficacy..

The aim of ASHVIN is to improve productivity, reduce costs and guarantee safe working conditions in the European construction industry. The proposal is based on the creation of a European standard of digital twins, an open code digital twin platform that integrates image processing and internet of things technologies and a series of tools and procedures that ensure these improvements in productivity, cost and safety. 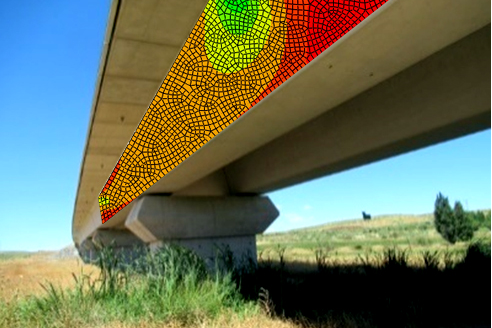 The ASHVIN consortium, led by TU Berlin, is comprised of 14 members. These include SMEs, industry, universities and research centres from nine European countries: Germany, the Netherlands, Greece, Serbia, Austria, Spain, Croatia, Poland and Sweden. All have extensive experience in the management of construction and engineering, digital twin technology, the internet of things and data security and privacy.