Biometallum Project: Recovery of metals from electric and electronic waste

The business project Bioextraction of Metals from Disused Electronic Equipment (Biometallum), developed by the Biological Treatment of Gaseous Pollutants and Odors group (BIOGAP), is a business proposal based on the design, construction, and installation of plants for extracting valuable metals from disused electrical and electronic equipment, and advisory and maintenance services for installations.

The promoters of this business idea took the principles of the circular economy and urban mining to offer an economically advantageous solution, adapted to the specific characteristics of each company that manages electrical and electronic waste. The solution promotes waste recovery as an alternative source of the metals that are in great demand in the current technological society. In short, the aim is to increase the value of waste by taking advantage of its high metal content and offering an economical, sustainable technology based on a biotechnological process. 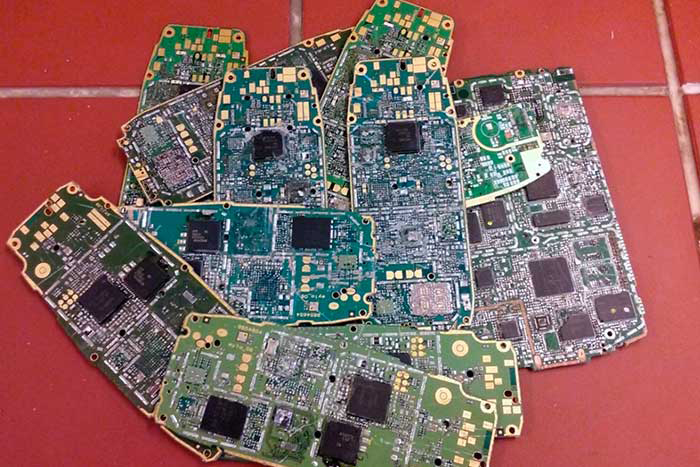 The technology that has been developed uses the capacity of certain microorganisms to regenerate the agents that are responsible for separating metal components from the complex matrices in which they are found. These microorganisms feed on the scrap metal in the electronic boards of certain devices, such as mobile phones, to separate material that is not useful and recycle the recoverable metals.

In the process, electronic waste containing metals of interest such as copper, gold, chrome, zinc, nickel, and aluminium, is put into contact with bacteria adapted to extract the metals, which can then be used again. Instead of attacking the waste chemically, advantage is taken of the oxidisation capacity of certain microorganisms under controlled conditions. This dramatically reduces the use of reagents and the energy consumption.

The technique has already been applied to printed circuit boards of mobile phones, but it could easily be adapted to other kinds of electronic waste such as televisions, computers, or fridges.

The proposal presented here is an alternative to the conventional processes that are used today. These require high energy expenditure and high consumption of aggressive reagents, which have a negative impact on the environment and make it impossible for most waste managers to use them. Consequently, companies must sell waste at a lower price than the value of the metals it contains.

The business proposal is aimed at waste management companies and related businesses. In Catalonia alone, there are 250 companies of this type, grouped together under the Gremi de Recuperació de Catalunya (Catalan Recovery Guild). Initially, Catalan companies will be approached, then the proposal will be extended to the rest of the Spanish market, and within a period of five to six years it will be offered on the International market. According to the researchers’ analysis, it will take 2.8 years to see returns on the investment.

The research project undertaken prior to obtaining the product was part of, and financed by, the Government of Catalonia’s Industrial Knowledge Programme, with European Regional Development Funds. It was judged to be among the five best proposals and chosen as a successful case to be included in the presentation of the next call for applications for the programme. The product resulting from the research is being protected by a patent.