The Communication Circuits and Systems (CIRCUIT) research group has developed a system for remote monitoring of photovoltaic energy generation systems.

CIRCUIT has applied this system (a monitoring kit) to a UPC Centre for Development Cooperation (CCD) project in Senegal, in collaboration with the PUSE Foundation (For a smile in Africa). The project focused on needs that require solutions in the ICT area in the PUSE Foundation’s residence in Mbour, Senegal, and in a high-mountain refuge in Spain (Refugi de Góriz). The CIRCUIT group installed in situ a control system to facilitate the remote control of the photovoltaic station in the PUSE station.

The monitoring kit consists of a low-cost embedded system that can be used to obtained information on the energy that is produced, the residence’s consumption and the state of the batteries in the photovoltaic installation.

The information that is gathered is stored locally in the kit and sent to a remote web server so that it can be monitored from a distance by means of graphics. This information can be used to determine the real-time state of the installation, carry out predictive control and detect potential faults. 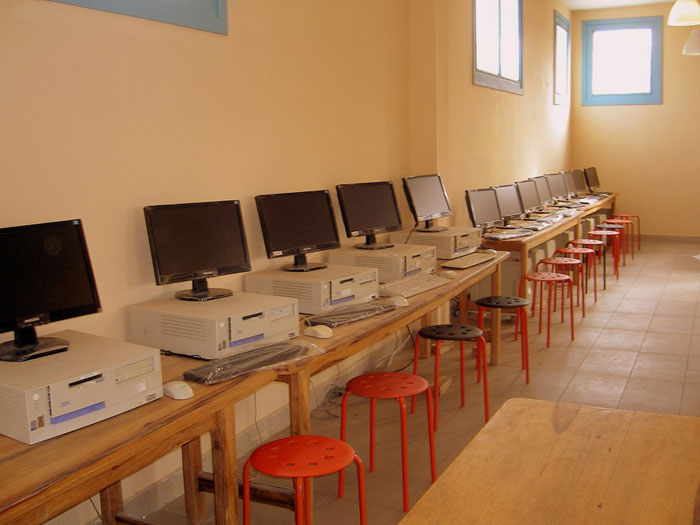 The system is based on an AVR microprocessor that is commonly used in Arduino boards. It can simultaneously make various measures, calculate means and detect critical parameters to generate alerts. This prototype is focused on measuring the voltage provided by photovoltaic panels, that of a DC-to-DC converter to 24 V and that of the current consumption provided by a DC-to-AC converter at 230 V. Based on the measures, root mean square values are calculated, values of power and performance.

On a Raspberry Pi motherboard, the entire communications system has been assembled to send and store the data gathered in a local server and remotely in the cloud. The data are displayed using Grafana (open code software for the analysis and supervision of temporal data sets). There are local (display, LED and buzzer) and remote alert systems (via a Telegram bot). The communication system has a Wi-Fi and GSM connection, offering a virtual private network (VPN).

In addition, a second improved version of this prototype is being developed with a direct application in monitoring the consumption of electric machines in the industrial environment. It incorporates standard inputs for industrial sensors: digital (0–24 V) and analogical (voltage: 0–10 V, current: 4–20 mA), and a 485 communication port. This second version is being applied to the monitoring of electricity consumption and vibrations in an industrial milling machine.

This project was started on 1 January 2019 and ended on 31 March 2021. It is part of the Smart Factory initiative of the Looming Factory project, with joint funding from the European Regional Development Funds of the European Union as part of the ERDF Operational Programme Catalonia 2014–2020, with a grant of €2 million.