Assessment of the design of cooling towers

On behalf of Districlima, the Centre for Industrial Diagnostics and Fluid Dynamics (CDIF UPC) has assessed potential configurations of cooling towers for installation at its Tànger Energy Production Plant, in the heart of the 22@ technology district of Barcelona. This is the second of the Districlima energy production plants, and was designed to meet peaks in demand in the network that are not covered by the Forum plant. Using computational fluid dynamics (CFD), CDIF UPC evaluated aspects of the configuration and operation of the towers, including the total capacity of thermal dissipation in their final position on the roof of the building.

In addition, CDIF UPC studied the effect of extraction of ventilation air from the Tànger plant on the operation of the cooling towers. Likewise, the interaction of the plume of hot, humid air from the towers on neighbouring buildings was assessed. It was found that the plume generated by the chosen configuration did not present a risk of interaction with the adjacent buildings; in other words, there were no problems of condensation on façades or thermal comfort issues for its occupants. 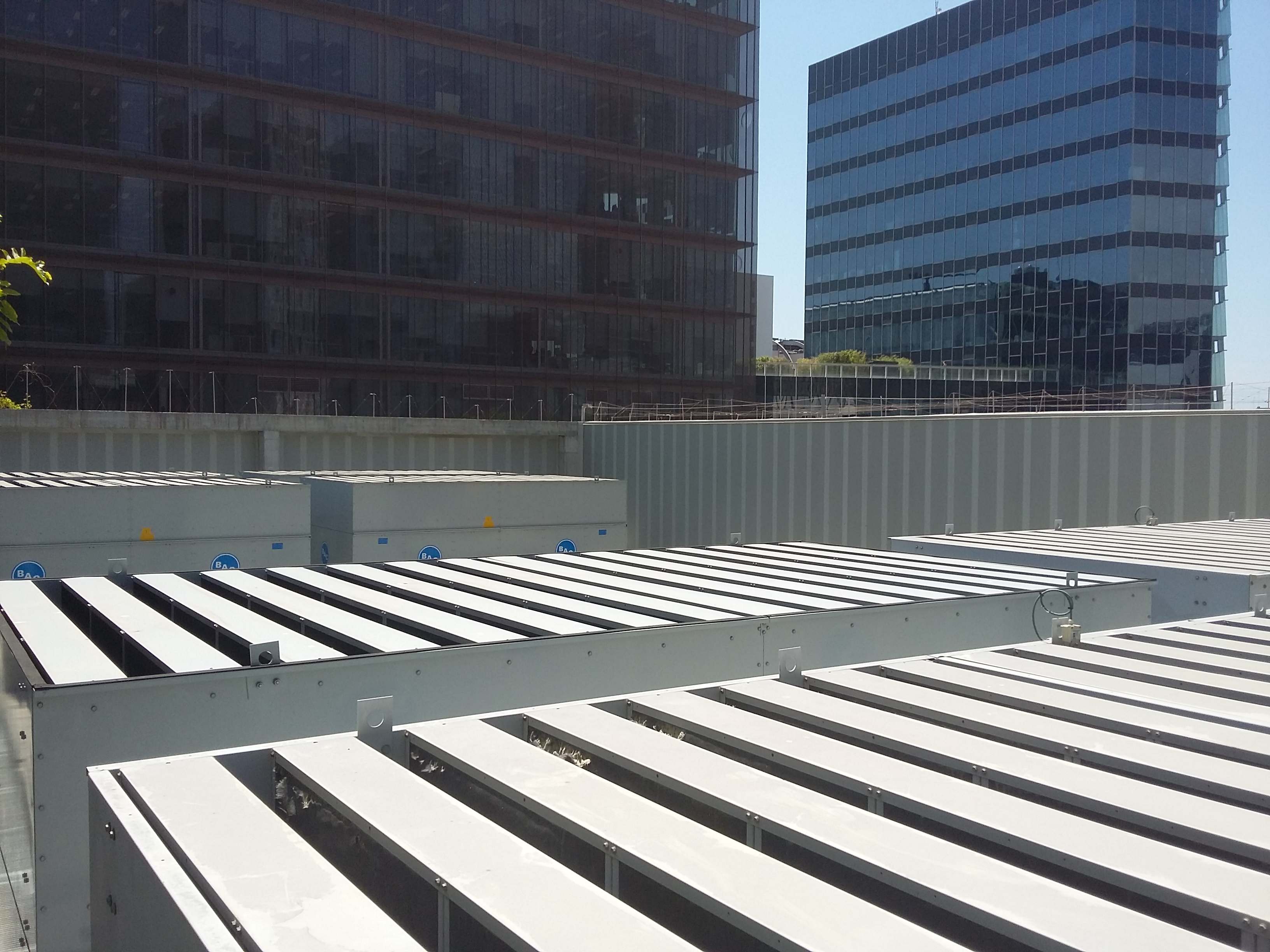