The Fluid Power Systems Laboratory (LABSON) has participated in the study and development of chips that have been introduced via spermatozoon into the ovules of mice, to detect mechanical changes that occur in the first stages of development. The project was jointly led by CSIC scientists from the Microelectronics Institute of Barcelona (IMB-CNM) and the University of Bath (United Kingdom). The University of Granada was also involved. 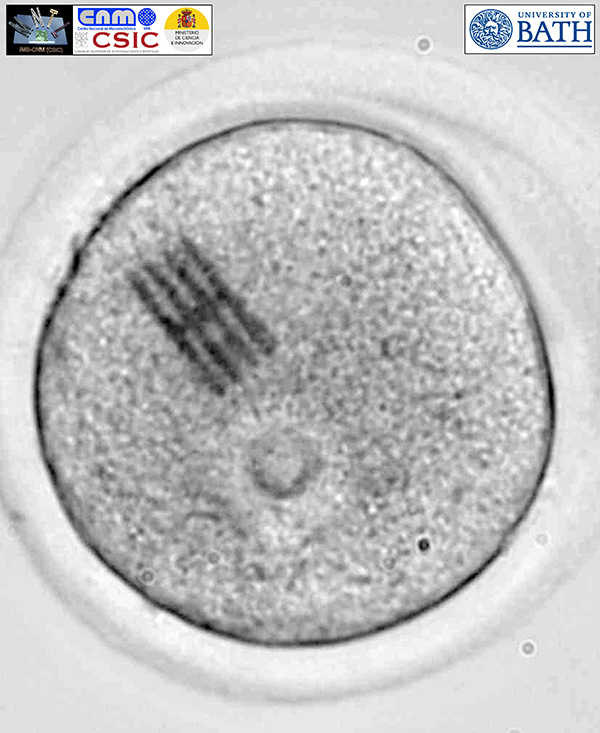 The device, which works as a mechanical sensor, measures only 22 by 10.5 micrometres, with a thickness of 25 nanometres (three times less than that of a virus such as SARS-CoV-2) and a length 3 times shorter than the diameter of a human hair. With the chip inside, the scientists could measure the mechanical forces that reorganise the interior of the ovule, that is, its cytoplasm, from when the spermatozoon enters until it divides into two cells.

The chip has been modelled so that mechanical forces that are produced can be inferred by seeing how the chip bends in a certain way inside the cell and thus visualising its curvature.

The research is innovative because these mechanical forces, which have relevant biological implications, have been detected for the first time directly and in detail from inside the embryo during the initial process of fertilisation.

The study could be important in reproductive medicine and in the study of diseases associated with malformation problems in the embryo.

The research was carried out entirely with public funding from the National Research, Development and Innovation Plan and has been published in the journal Nature (https://www.nature.com/articles/s41563-020-0685-9).