Architectural model of the Sagrada Familia’s Nativity Facade in 3D

The UPC’s Virtual Innovation in Modelling Architecture and the City Laboratory (VIMAC) has created a highly accurate 3D model of the Sagrada Família’s Nativity Facade. The aim of the project was to document the architectural geometry, obtain evidence of the current state of conservation and provide documentary support. The data is of use for plans and designs drawn up to complete the building that is still under construction. It also enables works of conservation, restoration, maintenance, reform projects and dissemination of the building. 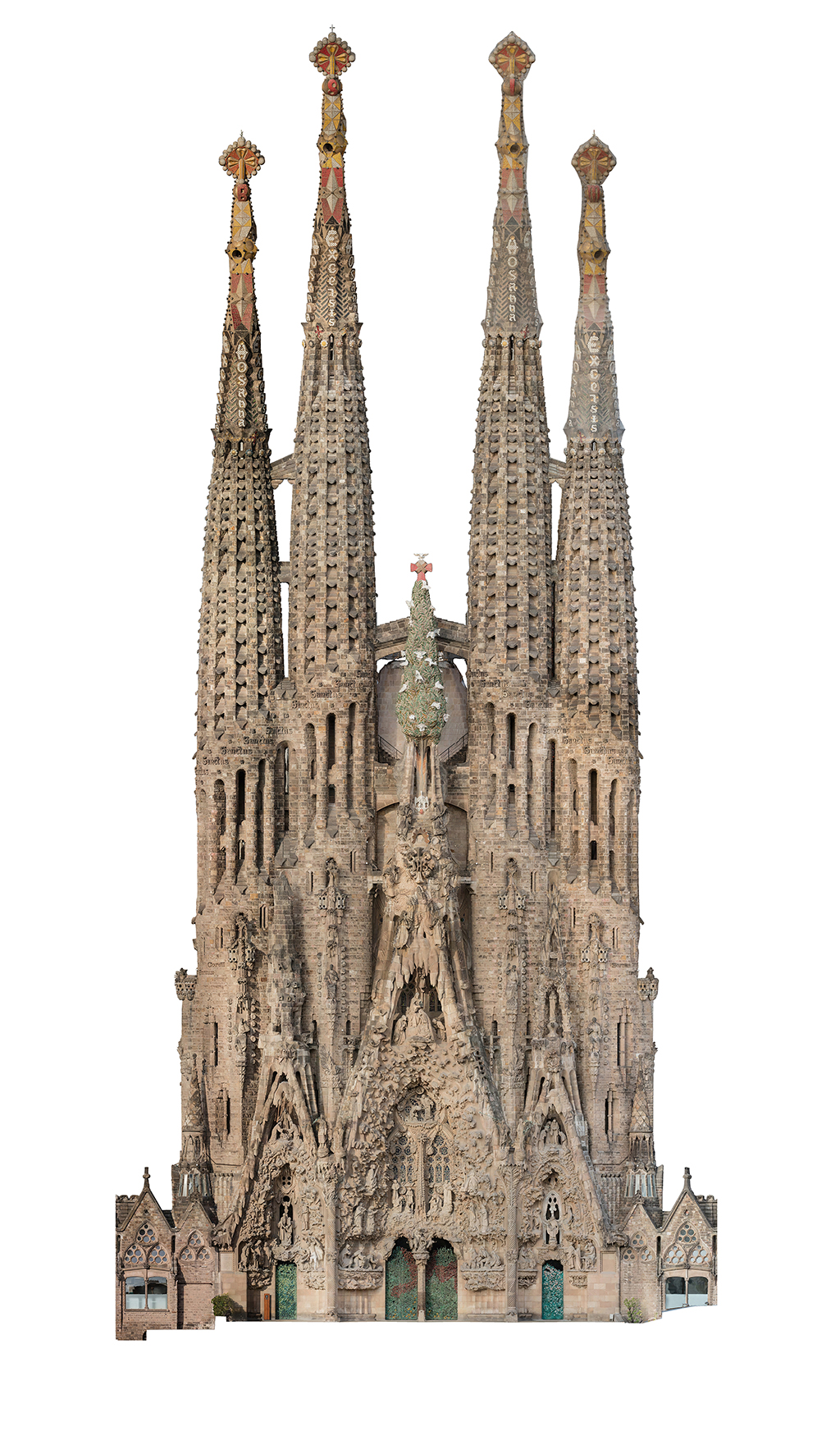 The project was commissioned by the Junta Constructora del Temple Expiatori de la Sagrada Família (Construction Board of the Sagrada Família), and covers 95% of the surfaces of the facades, reaching resolutions of 2 mm for the entire building, including the spires at a height of 100 m. To develop the model, three advanced, complementary capture techniques were used: topography, terrestrial laser scanning and photogrammetry.

The singularity and complexity of the building required specific additional instruments such as aerial work platforms of 22 and 26 metres, a pneumatic mast of 6 m, marking anchored to the facade and tools designed specifically for this project.

The resulting database, which is scientifically and technologically rigorous, goes beyond the specifications required initially in the basis of the project. The general results can be considered exceptional. The project of modelling the Nativity Facade took twenty-seven months (January 2016 to March 2018).

The Expiatory Church of the Holy Family (Sagrada Família) is a catholic basilica that is recognised as heritage by Catalan, Spanish and European institutions and classified as World Heritage by UNESCO. The building, which is the supreme example of Catalan Modernist architecture, was designed by Antoni Gaudí in 1882 and is still under construction. It is the most visited church in Europe after St. Peter’s Basilica in the Vatican. When it is completed, it will be the highest Christian church in the world.