Launch of the satellite SOAR, as part of the Discoverer project, led in Spain by the UPC

Researchers from the Turbulence and Aerodynamics in Mechanical and Aerospace Engineering Research Group (TUAREG), the Group of Construction Research and Innovation (GRIC) and the Space Science and Technology Research Group (CTE-CRAE) of the UPC participate in the European project Discoverer. The aim of this project is is to redesign Earth observation (EO) satellites to make them a lot smaller (Cubesats) and capable of orbiting at much lower altitudes than current satellites, in what are known as very low earth orbits (VLEOs) at a distance between 200 and 450 km from the Earth.

The Discoverer project is divided into five main areas focused on research into materials that withstand erosion due to atomic oxygen, the technology for manufacturing optimised engines to work in these types of orbits, the design of aerodynamic surfaces adapted to VLEO conditions, the construction of an atomic oxygen chamber to experiment on Earth and, finally, the search for business opportunities and a new market that could interest the aerospace business sector. It is in this last area that UPC researchers participate. 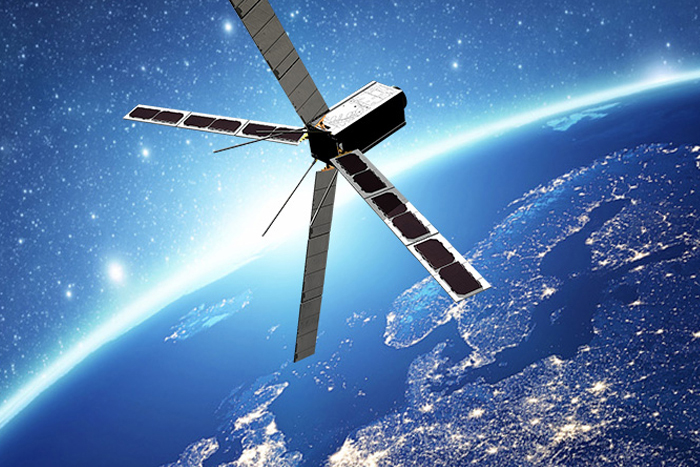 In the framework of the DISCOVERER project, the Satellite for Orbital Aerodynamics Research (SOAR) was launched as part of the CRS-22 mission of SpaceX, on 3 June, from the Kennedy Space Centre (Florida, United States). This Cubesat-3U will reach the International Space Station, from which it will be put into orbit. While it is orbiting, the satellite will be controlled from a terrestrial station at the University of Manchester from which experiments on board will be carried out and analysed. The data received from the satellite will be sent to scientists who will study the interactions between the residual atmosphere at these low orbits and the new materials that are developed, which could reduce friction and increase aerodynamic performance.

Currently, neither space agencies nor companies in the aerospace sector use such low orbits due to the technical difficulties that they involve, because of the presence of a thin atmosphere that generates resistance to aerospace engines, and due to very reactive elements such as atomic oxygen, which ends up degrading the materials in a short time.

As a result of this project, the next generation of satellites that are built will be much smaller, lighter and less expensive to launch, and they will obtain images and information with better resolution than current satellites. These advantages open the door to new business opportunities for the aerospace sector.

The Discoverer project is funded with 5.7 million euros from the European Union. Participants included nine European universities and companies, led by the University of Manchester (United Kingdom).