The first drones with robotic arms and manipulation capabilities

Researchers from the Barcelona School of Agricultural Engineering (ESAB) of the UPC started in 2018 to collaborate with the Gombe State Primary Health Care Development Agency (GSPHCDA), the NTBLCP’s coordinating unit in the city of Gombe (Nigeria). The data obtained on the ground revealed that the main problem, apart from a shortage of funds, is poor knowledge of the population affected by tuberculosis. This means that the number of people diagnosed with tuberculosis is low (less than 20% of the total number with the disease). People who are not diagnosed transmit the disease, do not receive treatment and most end up dying. Mathematical models were used to assess how the incidence of tuberculosis would vary if more people were diagnosed and treated and revealed that such measures are crucial.

This year, the researchers proposed extending this collaboration with GSPHCDA and designing a pilot plan in neighbourhood of Gombe city to improve control of the disease. 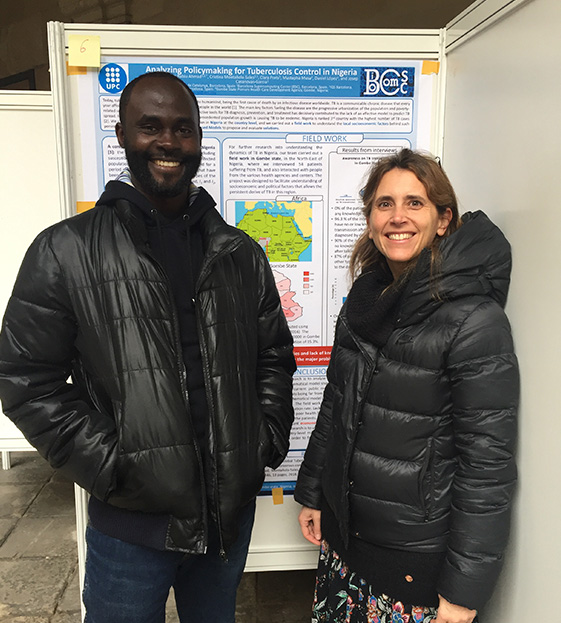 One of the aims of the project is to determine which health issues other than those related to tuberculosis(including hygiene, nutrition and other infectious diseases), should be addressed in an educational programme for the population. Another aim is to collaborate with Gombe State University to encourage students to participate in the pilot programme. The project will also design a campaign for the selected neighbourhood and determine the improvements that are needed in the tuberculosis control database. An automatic diagnosis system based on microscope images will also be developed.

The project is coordinated by Clara Prats, a researcher of the Computational Biology and Complex Systems Group (BIOCOM-SC). One of the participants is Nura Mohammad Rabiu Ahmad, who is a Nigerian doctoral student at the UPC and assistant professor at Gombe State University. He went to Gombe this summer to monitor the project. The Barcelona Public Health Agency (ASPB) and the Barcelona Supercomputing Center-Centro Nacional de Supercomputación (BSC-CNS) are also participating. The former provides advice on the epidemiological management of tuberculosis and the latter takes part in simulations relating to the epidemiological study. In addition to financial support provided by the Center for Development Cooperation (CCD) of the UPC through a call for grants, the project receives funding from the Caldes Solidària Association.

The project results has been presented at the end of November at the Thirteenth International Workshop on Tuberculosis organised by the Tuberculosis Investigation Unit of Barcelona (UITB).

Local strategies for monitoring and controlling the disease

The BIOCOM-SC is working to fight tuberculosis with researchers from the Experimental Tuberculosis Unit (UTE) of the Germans Trias i Pujol Institute for Health Science Research, specialists from the Drassanes Tropical Medicine and International Health Unit, computer engineers from the Barcelona Supercomputing Center-Centro Nacional de Supercomputación (BSC-CNS) and epidemiologists from the Barcelona Public Health Agency (ASPB).

One of the group’s objectives is to design and test new local strategies for surveillance and control of tuberculosis in European cities with the support of computational models. The knowledge gained can be extended to other countries such as Nigeria. The researcher Ahmad’s doctoral thesis is part of this project, and the aim is to apply the results to the study of tuberculosis in African cities.

Nigeria has the seventh highest number of people affected by tuberculosis in the world, with 418,000 people affected by this disease and 155,000 deaths in 2017. Despite the work carried out by the National Tuberculosis and Leprosy Control Program (NTBLCP), the incidence of the disease has remained constant over the years.