Active control to improve the performance of hydraulic turbines

The Centre for Industrial Diagnostics and Fluid Dynamics (CDIF) of the UPC leads the European project AFC4Hydro focused on the design and validation of an active flow control (AFC) system for water turbines that will assess in real-time the structural health of the turbine and improve its performance. The aim is to develop technologies that can be used to promote the growth of new renewable energies within the European system for integrated electricity generation. 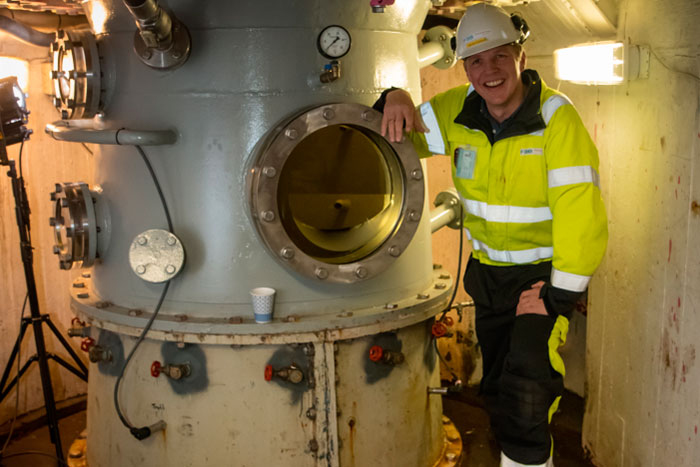 A consortium comprised of various universities and companies has received funding from the European Commission as part of the Horizon 2020 framework programme to launch the Active Flow Control system FOR improving HYDRaulic turbine performances at off-design Operation (AFC4Hydro) project and improve the performance of water turbines, thus avoiding damaging flows that appear within the machinery. The Centre for Industrial Diagnostics and Fluid Dynamics (CDIF UPC) is leading the project, which is focused on developing new technology for improving hydroelectric power production and thus promoting the growth of new renewable energies within the European system of integrated electricity generation. The partners in the project estimate that the market value of its future implementation will be around 1.5 billion euros and it will mainly benefit small and medium-sized companies.

Specifically, the aim is to design, implement and validate an active flow control (AFC) system for water turbines that can assess, in real time, the structural health of the turbine and act on its internal flow through the injection of jets of water and pressure pulses. This system can mitigate damaging flows that appear within the machinery when it works outside of its nominal conditions (outside of its design point or maximum performance) or undergoes temporary changes in power. The new technology is also expected to increase the flexibility of the turbines, as it will extend the power range that is generated and increase performance. It will also increase reliability, extend the life cycle, and reduce maintenance costs associated with wear.


Tests in laboratories and hydroelectric plants

Other participants in the project include the Luleå Tekniska Universitet (Sweden), the companies Flow Design Bureau AS (Norway) and Stiftelsen Porjus Vattenkraftcenter (Sweden), and two of the largest producers of hydroelectric power in Europe, Stakraft and Vatettenfall, from Norway and Sweden, respectively.

AFC4Hydro technology will be tested in the laboratories of the two universities that are involved, the UPC and Luleå, in a small-scale test site of water turbines in Sweden and in various normal turbine units in Norway and Sweden, where field tests will be devised to demonstrate the viability of the project in industrial environments.