UPC develops a payload for a United Arab Emirates satellite

The NanoSat Lab has created a payload for one of the satellites of the National Space Science and Technology Center at the United Arab Emirates University (NSSTC-UAEU), the technology centre of this country’s new space agency. The payload will be incorporated in the satellite of the GNSSaS RF Technology Demonstrator missions.

the GNSSaS RF Technology Demonstrator missions. The development of the payload to measure the soil moisture and ionospheric scintillation is the first action carried out as part of the memorandum of understanding (MoU) signed in December 2020 between the National Space Science and Technology Center of the United Arab Emirates University (NSSTC-UAEU) and the NanoSat Lab. This agreement will enable long-term collaboration between the two entities to strengthen their academic and research position in the field of space science and technology.

The collaboration carried out under the umbrella of the memorandum is based on the NSSTC’s invitation to the NanoSat Lab to host a secondary payload in its GNSSaS RF Technology Demonstrator satellite mission.

The GNSSaS satellite mission consists of a six-unit CubeSat to explore the potential of a global navigation satellite augmentation system (GNSSaS) based on an earth orbit. It is a United Arab Emirates mission to improve position determination through existing GNSS signalling, using innovative augmentation techniques. 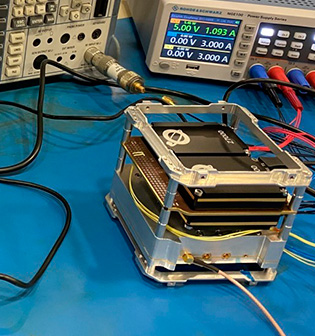 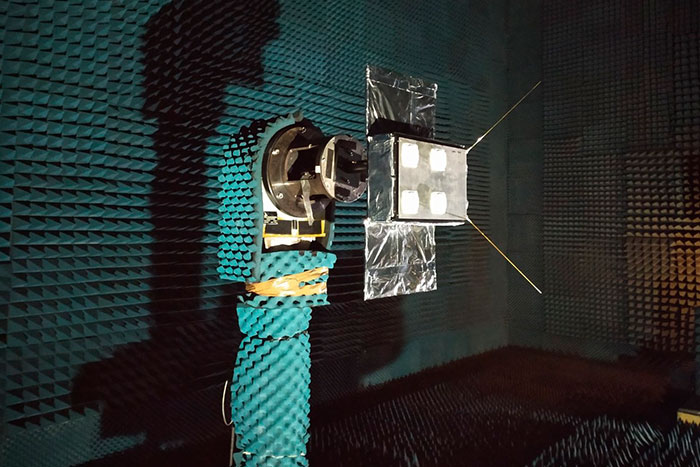 In addition, the GNSSaS satellite will also host the flexible microwave payload v3 (FMPL-3), developed by NanoSat Lab. FMPL-3 is the evolution of FMPL-2, a microwave payload for the FSSCAT, mission that won the 2017 Copernicus Masters competition. FMPL-3 is a reflectometry payload of global navigation satellite systems (GNSS-R) and will carry out for the first time GNSS-R measurements in the GPS/L5 and Galileo/E5a bands. The payload will also incorporate VHF/UHF/L5 radio receivers to simultaneously monitor the ionospheric intensity and phase scintillation in these three bands.

The GNSSaS satellite is designed by NSSTC engineers and shall be delivered to the assembly, integration and testing (AIT) facilities of the NSSTC-EAU in Al-Ain, in the United Arab Emirates. It is expected that the satellite will be launched in 2021 in a sun-synchronous orbit of 500 to 600 kilometres. Communications with the satellite and its control will use the NSSTC terrestrial station and the mission control centre in Al-Ain.

NanoSat Lab has developed small satellites that form part of the 3Cat family, including 3Cat-2, the first Catalan satellite to be put into orbit, in August 2016. The most recent mission was to send into orbit two small satellites of the CubeSats type, named ³Cat-5/A and ³Cat-5/B, as part of the FSSCat mission, with scientific equipment on board to analyse soil humidity and the extent and thickness of ice and snow in polar regions.

In 2016, the National Space Science and Technology Center was created with funding from the ICT-Telecommunications Regulatory Authority, the United Arab Emirates University (UAEU), and the United Arab Emirates Space Agency. The vision of this technology centre is to strengthen its role and contribute to the nation’s needs in terms of space science and technology. The main focus of the NSSTC are research and development, higher education and community outreach.