Architectural model of the Sagrada Familia’s Nativity Facade in 3D

inLab FIB UPC  has completed the second phase of modelling transport in the first zone of Barcelona Metropolitan Area, as part of the Virtual Mobility Lab (VML) project, which is focused on developing new tools for urban planning. 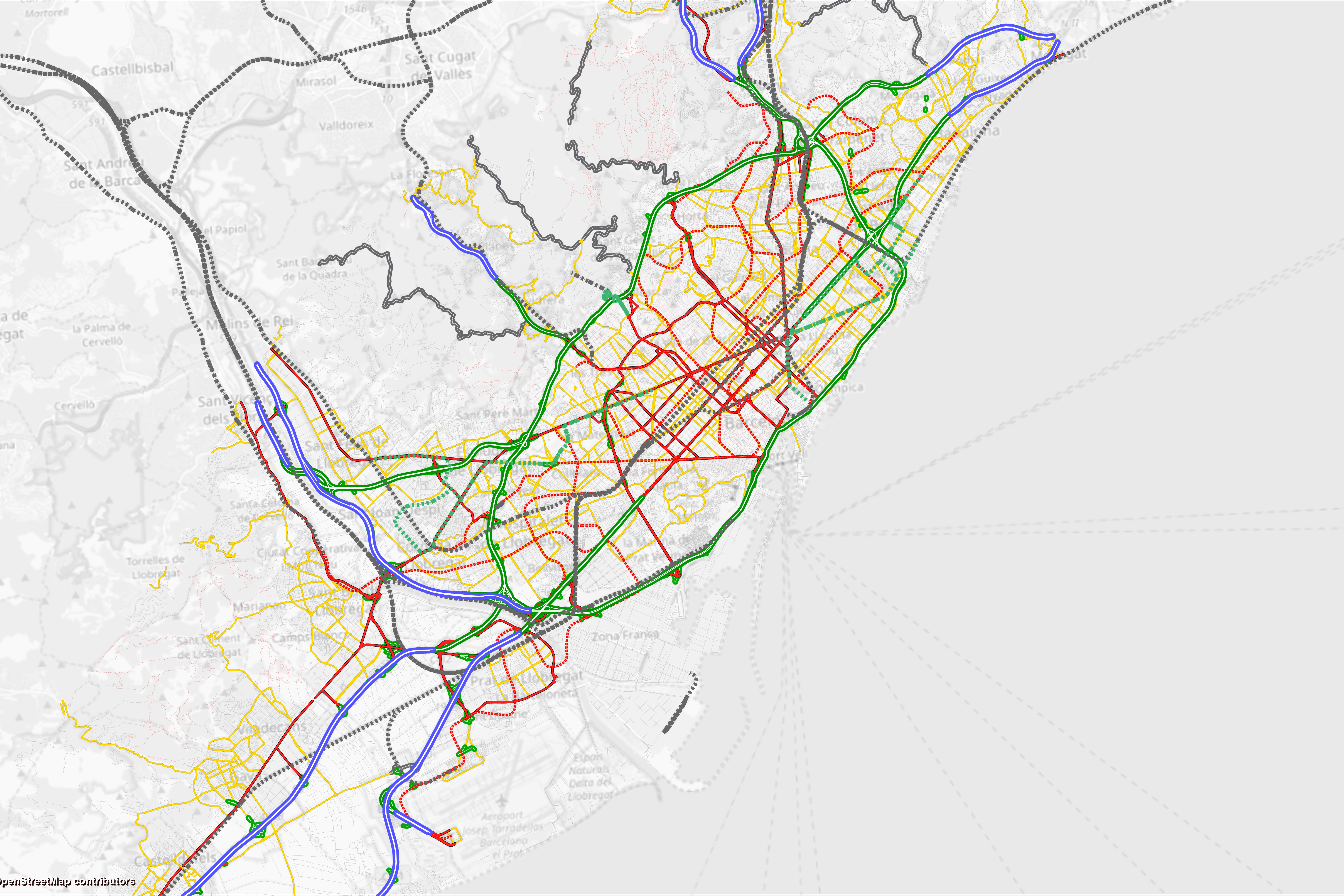 VML is a methodological schema for analysing and assessing the impact of smart mobility projects in Barcelona, the results of which could be assessed before undertaking pilot projects. The aim is to support those who make decisions about mobility policies, as well as transport operators or new companies that develop new mobility alternatives and wish to assess them.

The first zone of Barcelona Metropolitan Area consists of 18 municipalities and has been divided into 630 transport zones (TAZ, Transport Analysis Zones) that are compatible with the administrative divisions (regions, municipalities, districts, census areas). Transport hubs have been considered specifically (for example, the airport). The city of Barcelona has been divided into around 350 TAZ on which this analysis is based.

In the first phase of the project, inLab FIB UPC develop the first detailed multimodal model of the Inner Ring of Barcelona Metropolitan Area that includes the offering of all public transport modes and private vehicles, and the mode demand of origin-destination (OD) mobility in 2017.

The second phase of modelling was designed to validate and partially calibrate the private transport model. In the past, transport data have come exclusively from government bodies. Now, inLab FIB has incorporated data from traditional sources into the study area at the level of day and time, as well as data from new technologies (mobile phones and geolocated fleets of vehicles). Processing these data enabled the initial construction of distribution of journeys between pairs of zones (origin-destination) in the study area. The results of the final model in the second phase of the project have been compared with the reference data at the level of the average day (data provided by the government, capacity and speeds and times from origin to destination from new technologies) satisfactorily.

In future phases of development, the calibration of public and private transport will be refined at the level of time bands.

The project is being developed in the hub of urban mobility, CARNET. The model of offering and demand for transport has been implemented in the commercial platform VISUM by PTV-AG. Other collaborators in the project are SEAT, PTV IBERIA, RACC, INRIX and Kineo.