Co-Aps: to manage passenger density on public transport during the pandemic

The project START (a stable and resilient ATM by integrating robust airline operations into the network) has begun. This is a European project that combines big data and artificial intelligence to develop algorithms that can optimize the air traffic network when there are storms. These meteorological phenomena, which may be accompanied by hail and electrical activity, are difficult to predict. We know that they may appear in a wide area, but it is difficult to determine precisely when or where the centre of the storm will occur. The project will improve the safety and punctuality of flights and will reduce economic losses for airlines that are associated with delays and cancellations.

Search algorithms will optimize the air transport network in terms of resilience (the system’s recovery capacity) when faced with this type of disruptive phenomena. In the project, convective storms will be analysed, typically cumulonimbus, which are very energetic and dangerous to an aeroplane in flight. In addition to heavy rain, these storms often involve hail, turbulence and electrical activity, and can block an airport or large corridors of air space. 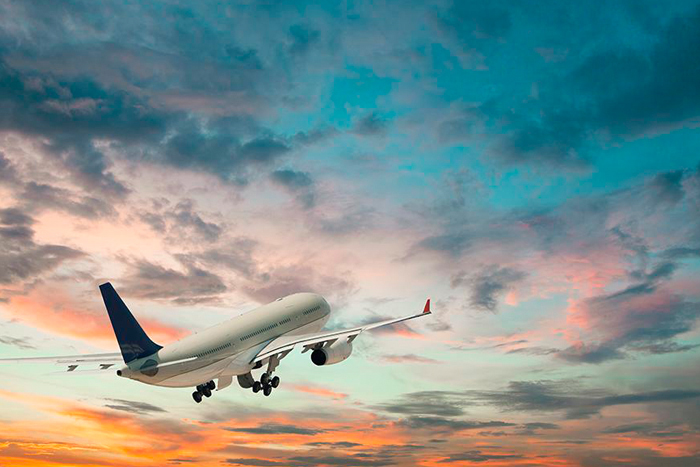 The system will consider other factors that could cause a certain degree of uncertainty in the planning of flights, such as the models of aircraft in use, their weight and load, gusts of wind, or attempts to take off or land.

Methodologically, the project requires a multidisciplinary approach. To characterize the uncertainty of all elements of air traffic, the scientists use artificial intelligence and an epidemiological model to simulate how delays in the system are propagated through the network. In addition, Big Data (data science) is used to investigate how large volumes of information can be analysed continuously, and to develop the aforementioned flight optimization algorithms.

Participants in the START project include the research group Intelligent Communications and Avionics for Robust Unmanned Aerial Systems (ICARUS). The project is coordinated by the University Carlos III of Madrid (UC3M) and other participants include partners in five European countries: Boeing Deutschland (Germany), the German Aerospace Center (DLR), the French Civil Aviation University (France), the flight planning company Flightkeys (Austria), and the Istanbul Technical University (Turkey). It is funded by the European Commission and will end in 2022.