The Technological Development Centre for Remote Acquisition and Data Processing Systems (SARTI UPC) has tested a new model of buoys with sensors to register ocean currents and temperatures. The devices are called WAVY drifters. They are small and more autonomous, so that they can register the ocean temperature and currents for as long as possible. The devices can be used to create predictive models, which will be of great use from a scientific perspective. The campaign to test the prototypes was carried out on the Platja del Far beach in Vilanova i la Geltrú. 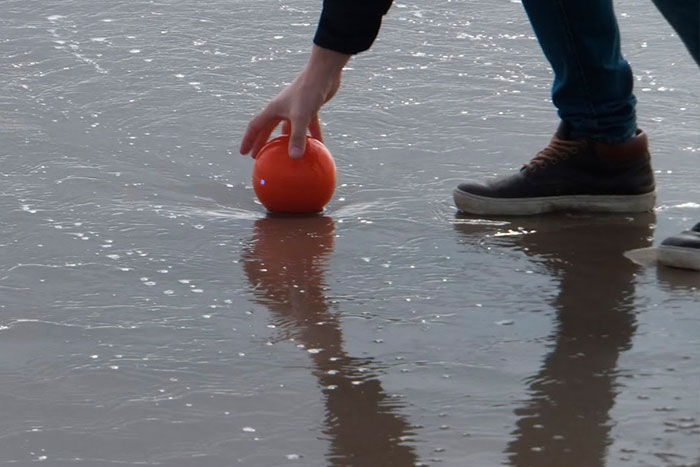 The WAVY drifters that were developed were tested in the framework of the European project Multi-Sensor Extra Light Oceanography Apparatus (MELOA) of the Horizon 2020 programme, to improve ocean observation and monitoring systems. They can be used in a range of marine environments, from the open sea to coastal areas, shores and water sports venues. They feature accelerometers and temperature and pressure sensors. They are designed to be partially submerged to reduce the effect of direct wind. They are also equipped with GPS, so that the data that is collected can be monitored remotely in real time.

Data provided by WAVY drifters during offshore testing campaigns are also used to calibrate and validate satellite-based Earth observation systems. Examples are the GEOSS and Copernicus programmes, which study surface currents and temperatures based on satellite measurements and require on-site measurement data to validate their results.

The tests have a dual purpose. The first is to carry out real tests to verify the correct operation of the sensors, that is, from the sensors themselves to the data infrastructure that supports registering and viewing the movement of the sensors. The second is to make the population aware of the dangers of these currents.

The tests are part of the MELOA project, which was started in 2017 and will be completed in 2021. The consortium is comprised of nine partners and has a budget of 4.7 million euros.