X-ClimPlan: urban heat islands and heat waves. How to adapt our cities to climate change?

Diskover. Towards a new tourism model: personalised, “slow” and quality

SARAS: Autonomous robotic arms with a cognitive system to assist surgeons in the operating room

The research centre Centre for Land Policy and Valuations (CER-CPSV) is participating in the X-ClimPlan project. The project aims to develop a tool that significantly improves the resilience of cities to extreme climate episodes.

The phenomenon of heat islands

The warming of the system is an undeniable fact: most of the world’s snow and ice have melted, the temperature of the atmosphere and of the oceans has risen and the sea level is continuing to rise.

The 30-year period 1983–2012 in the northern hemisphere is where these effects have been noted most. The temperature of the Mediterranean Sea is up to 1.5°C higher than before the pre-industrial levels. This shows that the warming is 20% faster than the average for the entire planet. Currently, the summer in Spain is five weeks longer than in the 1980s. Other visible effects are the total number of days of rainfall a year, which have dropped 30%. At the same time, the number of days with torrential rainfall and floods has increased 30%. Both effects have significant impacts on the environment, and on people’s health and economy. The most vulnerable are those with the lowest incomes.

Cities cause over 75% of greenhouse gas emissions and experience what are known as urban heat islands. In other words, they may have zones that are between 3 and 5°C hotter than surrounding areas.

The general objective of the X-ClimPlan project is to study extreme weather events such as the heat waves, torrential rainfall and floods that have occurred on the Mediterranean coast in recent decades, and to evaluate their effects and propose a methodological tool for multi-scale analysis of the resilience of cities and regions.

The main impact of the project is the establishment of urban planning and design criteria that increase urban resilience to climate change, urban heat islands and extreme phenomena in urban and metropolitan systems of the Mediterranean coast.

It is important to expand the notion of sustainability to include awareness of climate change and its interaction with anthropic modification of the urban climate, and resilience to these changes. In this regard, urban planning and city management professionals should be urgently trained in the effects that global warming, added to the phenomenon of heat islands, have in the city and in the territory. The project proposes the introduction of climatic analysis in urban and territorial planning and climate renovation of neighbourhoods, based on the adaptation of public space. . 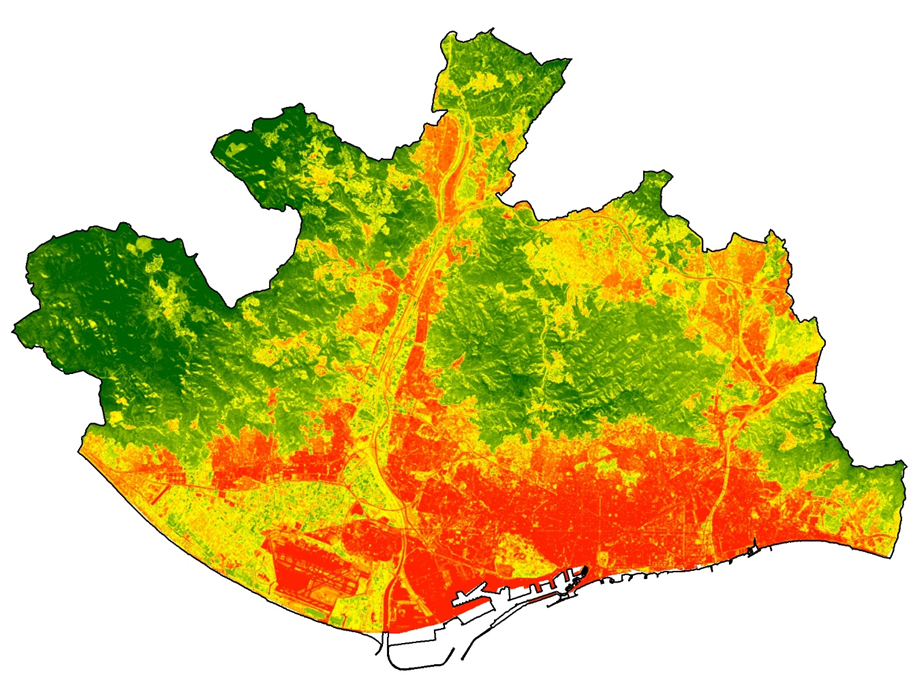 This research proposal is associated with the United Nations Sustainable Development Goals and the Spanish Agenda 2030. The total budget, provided by the Spanish National Plan for Scientific and Technical Research and Innovation 2017–2020, was €108,900. The project’s duration was two years (June 2020 to July 2022).